Written by Khe Hy, Cassie Werber & Walter Frick, Tuesday 25th May 2021
Back to all Posts

Are you making time for what’s most important to you? Or are you spending time on whatever seems most urgent? Productivity isn’t just about getting more done; it’s about doing the right things. 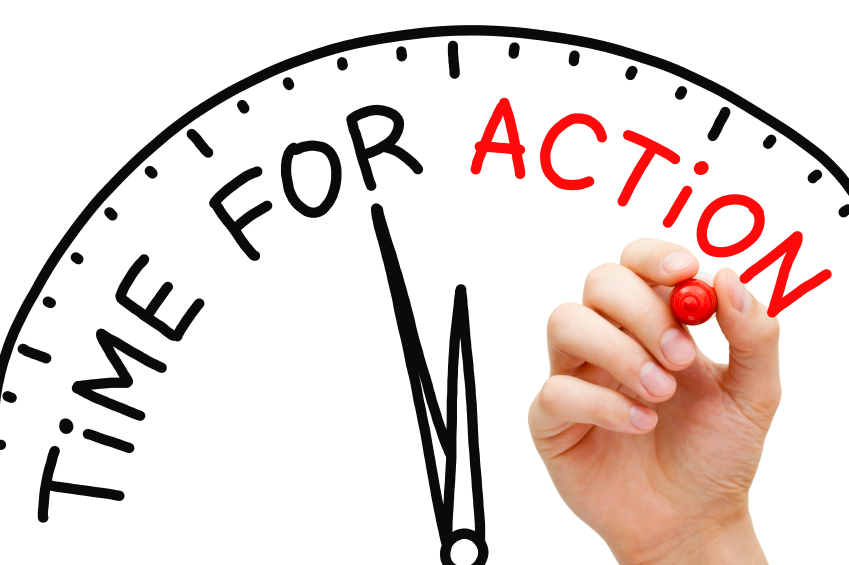 We looked at productivity this week through the lens of society, technology, your environment, and your schedule. Today, we’ll help you prioritize, set goals, and schedule your work.

US president and former five-star general Dwight Eisenhower once said, “I have two kinds of problems, the urgent and the important. The urgent are not important, and the important are never urgent.” His insight became the basis for the so-called “Eisenhower Box,” a matrix which distinguishes urgency from importance: 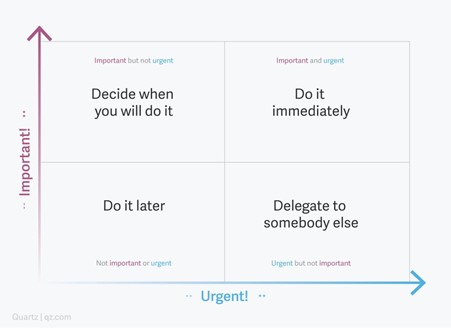 If you’re like most people, you’ve probably treated tasks in your to-do list as “urgent” or “important” with little regard to the difference between them. Urgent but Not Important tasks tend to produce a lot of anxiety. They include things like messages from colleagues and acquaintances asking to schedule meetings or respond to FYIs. These are the tasks that put us into constant “reply mode.”

And this is what detracts from our most important tasks, the Important, but Not Urgent. These tasks typically lack deadlines, which makes it tempting to hit the snooze button on them. For leaders, they can include working on strategic goals, long-term planning, investing in talent, and building a brand. Can you imagine the repercussions of delaying these indefinitely?

Is there a dreaded task that seems to linger on your to-do list, hanging over your productivity potential like a dark cloud? That task is the proverbial frog and one should try to eat it as early as possible each day. The habit of immediately tackling this most important task will help you notch a win early in the day and for many people it will harness our best and most productive energy. Completing this task will have a compounding effect on your day by removing a large cognitive overhang while also giving you momentum for the rest of your day.

Once you’ve swallowed the frog, it’s time to knock out the rest of your task list. Start by asking yourself this important question: What is the most valuable use of my time right now?

The key to getting Important but Not Urgent work done is to schedule it. We’ve already talked about timeboxing, a productivity system that was all about scheduling tasks on your calendar. But even if you’re not looking to schedule everything on your to-do list, it’s still a good idea to block off some time during your week for focused work.

Easier said than done, of course. If you’re a manager, you may be invited to lots of meetings; if you’re not, you may feel like your boss is in control of your schedule, not you. Regardless, try scheduling at least a few multi-hour blocks each week for focused work. (If necessary, give your manager a heads up that you’re doing it and explain why.)

If longer blocks aren’t realistic, you might consider a lighter-weight version of Deep Work: the “Pomodoro” technique, which involves repeating cycles of 25 minute bursts of work followed by a short break.

HOW TO END THE WEEK

Khe Hy, productivity expert and Quartz contributing editor, invented a habit he’d use to end his week on the right note and keep he and his boss on the same page:

“Every Friday afternoon, I’d send my boss a short email with three categories:

The work I had completed that week
What I was working on, including any deadlines that may have shifted or obstacles I’d encountered
What I was waiting on—that is, tasks that I’d completed, but require sign-off from my boss or contributions from someone else

Over the years, I refined the practice. I used a timer to ensure that the weekly update would not take longer than 15 minutes to write. I used a simple template where I could pop in information, so as to expedite the process.”

Khe’s idea has a lot in common with a management tool called a 5-15. As Quartz reporter Cassie Werber explains:

“Each week, everyone on a team spends 15 minutes writing feedback in a templated report sent to the team’s manager. The manager takes five minutes to read and respond to each report, and 15 minutes to collate their own feedback for their manager. This continues up the chain. Done right, it provides those at the very top of even the most complex company a weekly snapshot of what’s going well and badly from the point of view of all their employees.”

Khe recommends checking with your manager and then, if they’re on board, sending this document to them at the end of every week. But even if your manager isn’t interested, ending your week with a 15-minute exercise taking stock of what you accomplished is still a good idea. It gives you a written record of what you’ve achieved, but just as importantly it gives you the chance to assess how you’ve done on the challenge Eisenhower identified: did you spend the week on what was most important, or just on what seemed most urgent?

How to structure your work day. Most workdays start with the right intentions, but things quickly unravel.
A simple system helped me to stop obsessing over work and start prioritizing my family. A new father discovers that he needs to change the way he works.
The 5-15 is an easy technique to improve communication at your company. The technique has been around for decades, so why aren’t we all using it?