Timesheeting Login
Home > Blog > It's not boredom - it's bad UX

Written by Mark Wilson - Senior Writer at Fast Company, Monday 23rd August 2021
Back to all Posts

The real reason you're not more productive at work. 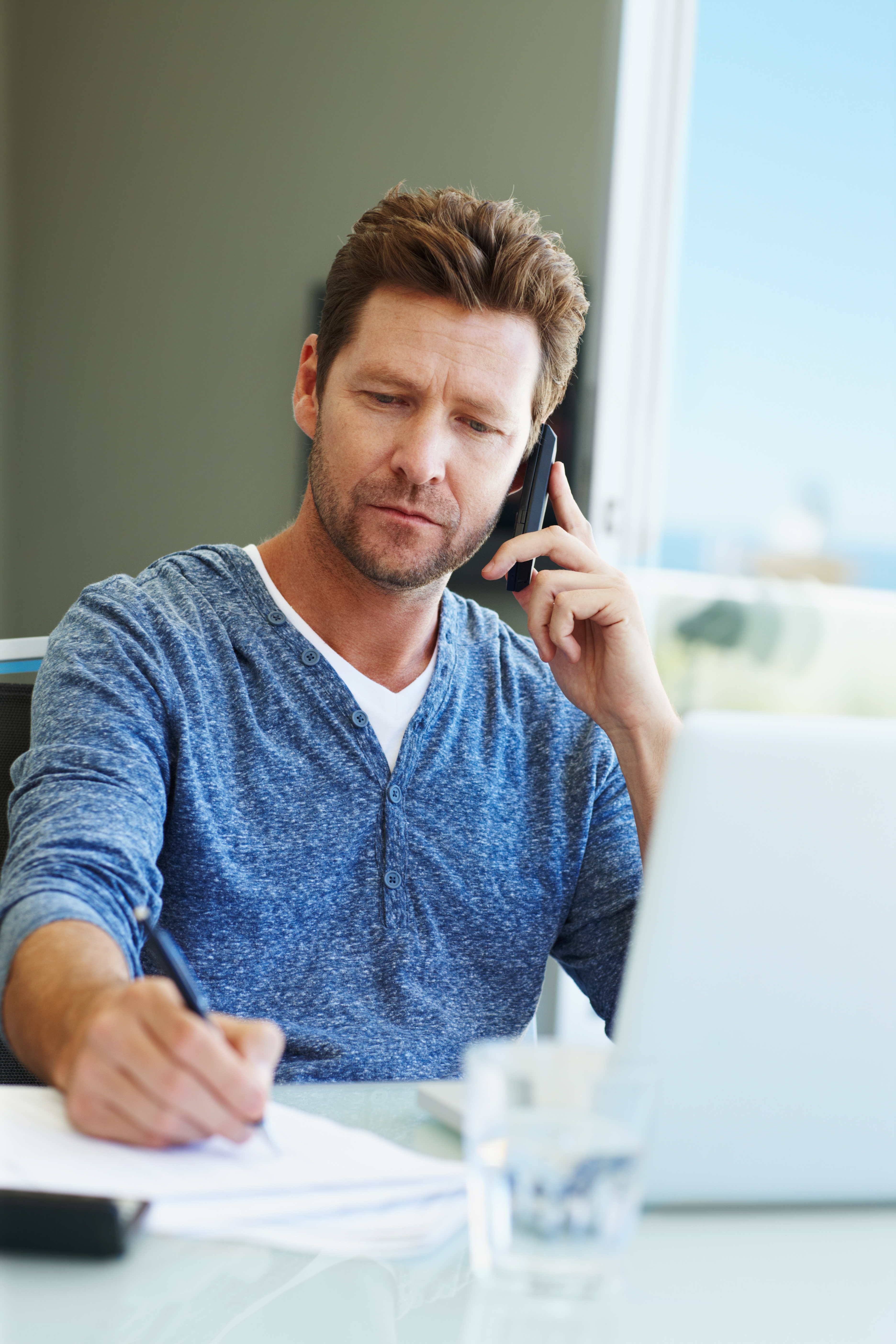 Some days, work just sucks away your energy. No matter how hard you try, you can’t move as fast as you want to.

And while we are quick to blame all sorts of things for this—did you get enough sleep, are you drinking enough water, have you found a job that satisfies your purpose?—the simple truth is that your lousy productivity might not be your fault. The culprit could be your software.

According to a new research paper published by the analyst firm Forrester—for which researchers interviewed nearly 200 design teams and dozens of frontline workers in fields like retail—the enterprise software we use at work is slowing us down, and for all sorts of reasons, from individual components of the UI to the workflows that take us from one piece of software to another.

We connected with Andrew Hogan, Forrester’s principal analyst specializing in design, who led the research. He points out some of the biggest problems he sees in these tools and offers critical insight on how some companies are fixing enterprise UX.

HOW MUCH CAN UX IMPACT US, REALLY?

It’s difficult to figure out how much your email client or sales software could be slowing you down in any given day. But do these wasted seconds add up to something significant?

In fact, they do. Hogan talked to one financial services company that sped up employee quote creation by five times by rethinking its software, and it has nearly doubled the number of clients they can call in a day. In another circumstance, IBM was hired by Japan Airlines to figure out how to land on time more often. The culprit? Forty percent of employee time was spent doing paperwork (which IBM replaced with quicker apps). And one study found that among doctors using electronic medical records, every 1% improvement in satisfaction of using this software decreased their odds of burnout by 3%.

You might not see these same gains inside your company, of course. But now that you see the possibilities, let’s look at common UX culprits.

ARE YOUR COMPUTERS SLOW?

A zippy piece of software makes work feel more efficient, and the core speed and responsiveness of a digital experience is the secret sauce to making any piece of software feel like it’s working for you. But whereas, over the past decade, the consumer

software on our phones and laptops runs more or less without hiccups, enterprise software can still be stuck in molasses.

“At the baseline level, [enterprise] systems are slow,” says Hogan. “Every microsecond, every bit of time these things take to load, breaks your concentration. After you get beyond a certain amount [of time waiting], you’re ‘doing something else.'”

So why is enterprise software slow? Some businesses are built upon aging desktop PCs, while many of us upgrade our personal smartphones every couple of years. But an even bigger reason, Hogan suggests, is that nothing inside the enterprise software world is making software go faster. He points to Google, which in ranking its search results, examines a site’s speed to load. That sort of auditing has pushed web developers to optimize websites.  Meanwhile, Hogan doesn’t see any major “force function” that’s pressuring enterprise software to load faster. Your Ciscos and Microsofts and Salesforces aren’t going head-to-head in a drag race—especially because this software is being licensed en masse by an IT department for years at time.

But that’s already changing because the market for trying and buying software is shifting rapidly. “One of the most interesting parts is there are now a lot of pieces of software you can download and start using with you and some teammates,” says Hogan. “That’s a user-led adoption curve. That’s one of the riskiest things for established companies, that your employees will just download Figma and start using it.” Indeed, that’s how Slack broke into the market—only to be acquired by enterprise giant Salesforce.

One of the greatest divides Hogan sees between consumer software and enterprise software comes down to a boring, perhaps esoteric, word: “workflow.” But it’s not that complicated.

If you’re ordering a meal via Uber Eats, every step is perfectly sequential. You know your options, and you know when you’ve done each step successfully. Compare that to loading Excel, and staring at an endless spreadsheet. What do you do first, especially if you’re new to a job? And when do you know you’re done?

“A lot of systems, it’s not clear what to do next,” says Hogan. “You can do anything at any time! But think about how consumer expenses are designed: It’s do this one thing next, or these three things next.” Consumer UX is on rails, and enterprise UX is often boundless.

That boundlessness is intended to support all sorts of different specialized needs. But Hogan compares enterprise software to using a dull chef’s knife—possible for anything, but lousy for everything. And he believes it’s necessary to push back on the complexity. “You can do a lot in Excel, but should you use Excel for all of those things?” says Hogan. These workflow issues only get more complex when people hop from one piece of software to the next.

BAD LABELS ARE CONFOUNDING TO LEARN

One of the biggest culprits for bogging down workers is acronym soup. Hogan says companies, and their software, are filled with highly specialized acronyms that you can only learn on the job.

“You could string together literally any combination of letters, and I’ve probably heard something like that,” says Hogan. “I talk to people every day who are working on these systems, and they’ll describe some acronym that doesn’t make any sense to someone who isn’t there.” While established employees can master acronyms over time, new employees can take a long time to learn them. When buttons are labeled with acronyms, that can be a recipe for disaster if you’re training new people on the job.

Hogan points to call centers, where specialized software can take a new employee up to eight months to learn. But these jobs can have a high turnover rate, with people leaving within two years. When that happens, a serious chunk of an employee’s tenure has been in training. And the same thing will be true for the next person.

“I think many designers are going to scream in pain hearing this, but some of the solutions I’ve heard are [creating] more in-context help, like the floating question marks that explain, ‘What does this mean?’ I think, without words, you’re left trying to do it with pictures, and that’s worse. Mystery icons are probably even a worse solution than an acronym.”

YOUR COMPANY CAN DO SOMETHING ABOUT IT

The fact of the matter is that your company probably uses something like Office 365 for a reason: While it’s imperfect, it’s a powerful software suite, designed by thousands of people over decades. Not many companies have the resources to create a more specialized version from scratch.

These days, Forrester has found that many companies are using their own design teams to fix shortcomings in enterprise software. “We’ve seen a 30% increase in dedicated design teams focused on employee software in just the last couple of years,” says Hogan. Whereas employees are reluctant to use new software they dislike, by focusing an internal design team on the task, companies can do everything from solidifying (and communicating) clearer workflows to developing some of their own specialized software and tools to give their employees the help they need.

He cites Home Depot as a company that has invested heavily in its employee-facing software, claiming most of its code was written internally. Walmart has also developed tools to make something as simple as finding an item on a shelf faster for its employees. But Hogan believes the greatest proof of his theory might be Netflix, where, according to his own analysis of the company’s LinkedIn records, as many as half of the company’s total designer headcount is working on software specifically for Netflix employees. (Netflix declined to confirm these figures with Forrester.)

“Marketers, production people, animators, and data scientists all need software,” says Hogan. And when you’re the world’s most popular streaming service, you want that whole workflow working together.

5 self-inflicted career mistakes you may be making

Skills-based hiring is on the rise

Work 5 hours and call it a day