Timesheeting Login
Home > Blog > How to give feedback that actually works, without hurting anyone more than you have to.

Written by Leah Fessler & Khe Hy, Tuesday 10th September 2019
Back to all Posts

Management moguls are obsessed with telling you to give more feedback. 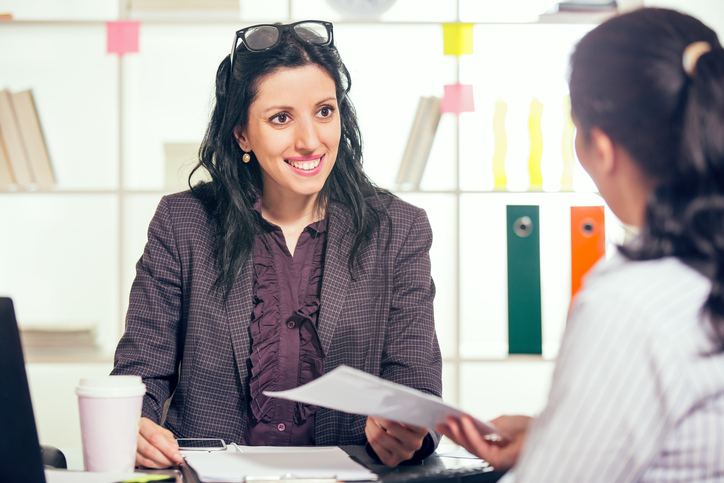 It will save your startup. Make you a great manager. Earn you millions. Hell, they promise, it’ll resuscitate your marriage and your sex life, too. But will it?

Feedback helps us see our inevitable blind spots, and optimize our performance. As Charlie Munger, vice chairman of Berkshire Hathaway, famously stated, “You are not going to get very far in life based on what you already know.”

Poorly delivered feedback, however, can wreak havoc. At its best, it stirs confusion. At its worst, it breeds fear, resentment, and revenge. As a result, we’re conditioned to viewing the delivery of any feedback as a risk.
But anyone can master the art of giving feedback. Here’s how:

1. Learn how feedback affects you, and your team

If you’re afraid of delivering feedback, you’re not alone. In two surveys conducted by leadership development consultancy Zenger/Folkman, each polling nearly 8,000 managers, about 44% of those surveyed said they found it stressful and difficult to give negative feedback. A fifth of them avoid the practice entirely. This feedback aversion is often rooted in fear of hurting others’ feelings.

“Feedback is a social threat,” says Ed Batista an executive coach, consultant, and facilitator at Stanford University’s Graduate School of Business. And like any threat, it’s accompanied by physiological and cognitive responses, including an increase in heart rate and blood pressure and feelings of anger, anxiety, and fear. Making matters worse, humans are biased toward negativity—that is, a tendency to over-index on negative interactions relative to neutral or positive ones. These physiological responses can inhibit us from effectively processing any feedback that we perceive as threatening to our identities, happiness, and jobs.

As Sheila Heen and Douglas Stone lay out in their book Thanks for the Feedback: The Science and Art of Receiving Feedback Well, feedback is hard to process because it forces us to grapple with two, sometimes conflicting, core human needs: The drive to learn and grow, which is inherently satisfying, and the drive to be accepted, respected, and loved the way we are now.

Individual sensitivity to feedback varies tremendously, and can be measured by your baseline happiness, how far you swing up or down in response to positive or negative feedback, and how long it takes you to return to your baseline. Whenever you begin working with someone new—a direct report, a client, a mentee—make an effort to learn about their feedback tendencies and preferences off the bat. This can be done via a quick and friendly chat, using hypothetical situations before real issues arise. For example: “If I notice you offended a colleague in a meeting, would you prefer I let you know mid-meeting, directly after the meeting, or later via an email so you have time to process?”

You might even encourage everyone on your team to write a user manual in which they offer an explicit description of their values, tendencies, and preferred methods for working with others. By personalizing your feedback relationships, you guardrail yourself from giving ineffective, potentially offensive critique, and prime your team for ongoing success.

It’s important to remember that no one wins when we avoid difficult conversations, and it’s dangerous to delay critical feedback. A good rule of thumb is not waiting more than 24 hours, as the specific details will start to fade away and both the feedback giver and receiver will selectively remember what transpired.

Venture capitalist Ben Horowitz of Andreessen Horowitz views a CEO’s ability to give “high-frequency feedback” as a differentiating skill. “You should have an opinion on every forecast, every product plan, every presentation and even every comment,” he has opined. This continuous process will have the added benefit of depersonalizing feedback and creating an environment in which people will feel comfortable discussing bad news.

Horowitz warns against delivering the “shit sandwich” (that is, sandwiching negative feedback between two “slices” of praise) and has a simple rule about where not to give feedback: “Don’t clown people in front of their peers.”
It’s important to remember that talking at people doesn’t bring out their best qualities. Feedback should be welcoming, two-way conversations.  Mark Murphy, a leadership coach and author of Truth at Work: The Science of Delivering Tough Messages, recommends keeping a 50-50 split between questions and statements in a feedback session to avoid the appearance of lecturing.

3. Make your feedback direct (and radical)

The tension between giving transparent feedback and caring for your direct reports is what makes giving good feedback so difficult. Kim Scott, a former executive at Google and Apple and author of Radical Candor: Be a Kickass Boss without Losing your Humanity, created a simple 2×2 matrix to navigate this complexity. 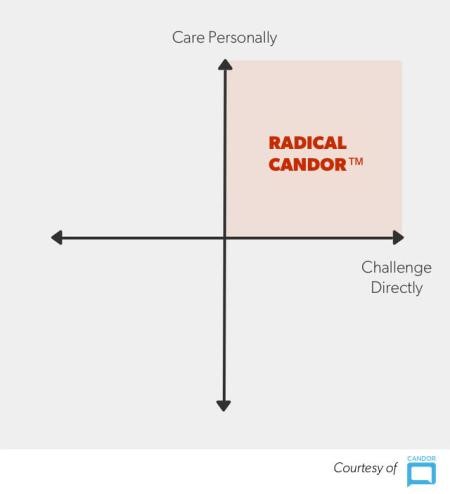 Most bosses care about their employees and avoid criticism in favour of being friendly. But Scott views this as a mistake, ones that leaves you in the dreaded quadrant of “ruinous empathy.” It’s better, Scott believes, to be even obnoxiously aggressive. As she argues, “Criticizing your employees when they screw up is not just your job, it’s actually your moral obligation.” The sweet spot in all this is what Scott calls radical candour, where the manager is direct yet caring, and critiques the behaviour, not the person. (In one of her best examples of radical candour, Scott recalls being told bluntly by former boss Sheryl Sandberg that her habit of saying “Um” a lot during presentations made her sound stupid.)

Ray Dalio, the founder and chairman of the world’s biggest hedge fund, also likes a radical approach to feedback. Employees at his Bridgewater Associates constantly score one another on iPads that are brought to every meeting. Even if you don’t go to the same extremes, you can probably find some application of the key ideas in Dalio’s obsession with “radical transparency.” Among them: accuracy should trump kindness, and pain will inevitably come with exploring weaknesses.

4. Know the purpose of your feedback

In Thanks for the Feedback, Heen and Stone identify the three main three types of feedback: appreciation, coaching, and evaluation.

Appreciation is genuinely communicating the message of “I see you, you matter, and the effort you put into your job is noticed.” This kind of feedback has a huge impact on motivation, morale, and commitment—but it’s in chronic short supply in most organizations. Coaching is anything that improves your knowledge and skills to build capability and meet new challenges. And evaluation rates or ranks you, telling you where you stand against a set of expectations, or among your peers.

We need all three types of feedback, but we’re really bad at keeping them in order. For example, Heen and Stone observe, “All too often, feedback that is offered as coaching is heard as evaluation. (‘You’re telling me how to improve, but really, you’re saying you’re not sure I’m cut out for this.’)”

This confusion happens whenever the giver and receiver are misaligned. “The fix? Discuss the purpose of the feedback explicitly. It seems obvious, but even competent, well-meaning people can go their whole lives without ever having this part of the conversation,” write Heen and Stone.

FURTHER READING
Thanks for the Feedback: The Science and Art of Receiving Feedback Well
www.amazon.com

So, you’ve mastered the art of critical feedback. But that’s only half the battle: Truly excellent managers excel because they also offer constructive praise.

Of the thousands of managers Zenger/Folkman surveyed, a whopping 40% conceded to never giving positive feedback. This is strange (praising people feels so good!) and problematic: The same study found that a boss’s willingness to give positive feedback was the strongest predictor of whether their direct reports perceive them to be effective, honest communicators. (Managers’ comfort giving negative feedback barely influenced this perception.)

Delivering feedback is hard work, largely because our human-ness can interfere with the message and intent. But when done correctly, it’s a win-win situation—something worthy of constructive praise that will hopefully make its way back to you.