So many of us work in organizations that are fainthearted and dispiriting, where it’s not uncommon to hear phrases like, “That doesn’t fit our strategy,” “We don’t have the budget,” “You’ll never get it past legal,” “That’s not our culture,” “It’s impractical,” or, “ There’s a lot of downside.” The problem likely isn’t your manager, who’s just as hamstrung as you are. 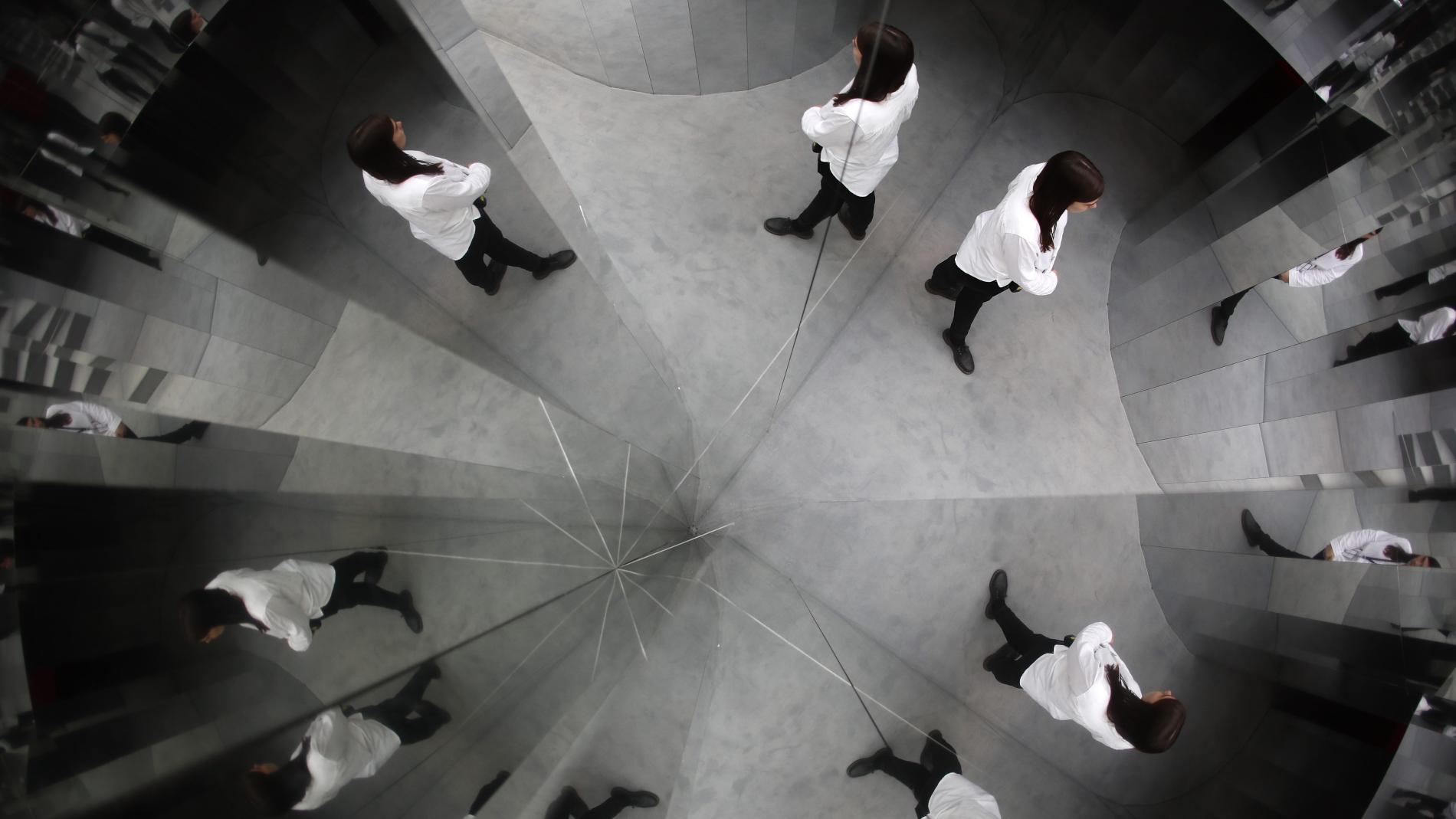 The culprit is bureaucracy—with its authoritarian power structures, suffocating rules, and toxic politicking. Some might believe bureaucracy is on the wane, that it’s headed for the same fate as landline telephones or gas­-powered cars. But sadly, it remains the operating system for most large organizations on the planet.

Most of us quietly bear the burden of bureaucracy. We are resigned to the ponderous structures and convoluted processes that put a brake on speed, a headlock on initiative, and lead boots on creativity. But our collective quiescence is the product of a misconception. Whether new team members or veteran managers, we assume we have neither the capacity nor the warrant to reinvent how our organizations work. We’ve bought into the fiction that the management structures and systems that confound and constrain us can be amended only by those at the top of the pyramid, or by their appointees in HR, planning, finance, and legal.

The problem is, waiting for bureaucrats to dismantle bureaucracy is like waiting for politicians to put country ahead of party, for social media companies to defend our privacy, or for teenagers to clean their rooms. It may happen, but it’s not the way to bet. If you want to build an organization that’s as capable as the people inside it, you’re going to have to take the lead.

The question is, how do you change the system when you don’t own it, when you’re not a senior vice president, or even a manager? As you might suspect, the first step is to change what’s inside of you. All of us must own our part in perpetuating bureaucracy and take corrective action, which includes actively committing ourselves to the ideals of human agency, dignity, and growth.

Bureaucracy is a massive multiplayer game. It pits contestants against one another in a  battle for positional power and the rewards that come with it. Bureaucracy will only start to crumble when talented and principled people walk off the playing field; when big­hearted heretics decide to forgo bureaucratic wins for the sake of their own integrity, and for the sake of those who’ve been diminished by bureaucracy.

To learn a new game, you have to unlearn the old one. And if you’re a bureaucratic black belt,  challenging the bureaucratic status quo means learning to change some reflexive habits.

What does detox for bureaucrats look like? Not surprisingly, it looks a lot like other recovery programs. A good place to start is by borrowing an ordinance from Alcoholics Anonymous.  AA’s fourth step (pdf) calls for a “searching and fearless” moral inventory, for honest, personal stocktaking. In that spirit, anyone who works in an organization needs to ask, “Where have I forfeited my principles for bu­reaucratic wins? How has bureaucracy made me less human?”

12 questions to break the bureaucracy and resurface your humanity

Here’s a simple exercise you can do. Reflect on your actions across the last week or month and ask:

Did I subtly undermine a rival? In a bureaucracy, power is zero­-sum. When a slot opens up, only one person gets promoted. In the battle to move ahead, it’s tempting to discount the contribu­tions of others, or sow doubts about their integrity or competence.

Did I hold onto power when I should have shared it? In a formal hierarchy, it’s the  people who make the big decisions who get paid the big bucks. To justify their superior status, managers must be seen to be making the tough calls. This creates a disincentive to share authority.

Did I pad a budget request or exaggerate a business case? Resource allocation in a bureaucracy is inflexible and conservative. Budgets often get set a year in advance, and anything that looks risky gets down­rated. Given this, it’s tempting to bid for more resources than you need or to overstate the merits of your case.

Did I fake enthusiasm for one of my boss’s ideas? In a bureaucracy, disagreeing with your boss can be a career­-limiting move. Hence, individuals often swallow their reservations rather than risk being seen as disloyal.

Did I disregard the human costs of a decision? If your organization treats people as mere resources, you may be pushed to make decisions that sacrifice trust and relational capital for short­-term business gains.

Did I fail to challenge a counterproductive policy? It’s easier to whine about a stupid rule than to challenge a senior policy maker. Civil disobedience is never the safest choice, but systems don’t change until people take a stand.

Did I do less than I could to foster the growth of those who work for me? There’s often an assumption that “commodity jobs” are filled with “commodity people.” As a result, it’s easy to overlook opportunities to nurture the growth of employees doing mundane jobs.

Did I fail to create time and space for innovation, or miss an opportunity to bring back a promising idea? There’s not much glory in being an innovation mentor. It takes time and often ends in failure. It’s easier to keep your head down than to cham­pion a new idea, but the result is inertia and incrementalism.

Did I favor my team at the expense of the business overall? Bureaucracies offer few rewards for sharing scarce resources with other units. Behaving parochially often produces the best personal outcomes, even when it’s suboptimal for the organization at large.

Did I unfairly blame or claim credit? In a bureaucracy, performance assessments are typically focused on individuals rather than teams. The goal is to be Teflon when shit hits the fan, and Velcro when plaudits are being handed out. This behavior distorts reputations and misallocates rewards, but it’s the way to win in an individualistic organization.

Did I sacrifice my values for expediency? Bureaucracies value results above all else. If you exceed your targets, no one’s likely to ask what shortcuts you took. Over time, the bias for outcomes over ethics desensitizes an organization to the moral consequences of its actions.

Set aside some time and work through these questions. Get a journal or create a spreadsheet.  Can you recall times when you behaved more like a bureaucrat rather than a  human being? What was the trigger? How might you reduce the chances of being triggered in the future? In our experience, there’s value in making this a weekly exercise; it will go a long way toward making you a more generous, considerate, approachable, and in consequence, more effective, colleague.

Transformation is never a solo endeavor.  You’re going to need account­ability partners. Reach out to three or four trusted peers and talk to them about your desire to become a post­-bureaucratic leader. Share your per­sonal inventory with them and invite them to do the same. Brainstorm ways of living bureaucracy-­free and arrange regular check-­ins to share progress.

When you’re ready, circulate the detox questions to the people who work for you. Ask them, “When have you seen me acting like a bureaucrat rather than a mentor or an advocate? What should I have done differ­ently?” Ask people to write down their feedback and bring it to a staff meeting. Pass the comments around and have each person share a piece of feedback contributed by one of their colleagues. This will keep the pro­cess anonymous and give everyone the chance to be heard. Make this a monthly or quarterly exercise. Over time, team members will gain the courage to call you out when they see you slipping back into bureaucratic habits.

As you become more comfortable in your post­-bureaucratic skin, invite more of your peers to join the discussion, write a blog, talk about what you’ve learned. Most of your colleagues will applaud you for your integrity and authenticity—“I’m Karl, and I’m a recovering bureaucrat.” By taking accountability for your share of the problem, you encourage others to do the same.

A century and a half ago, human beings hammered out the basic structures of industrial­-scale bureaucracy, and ever since, bureaucracy has been hammering the humanity out of us. But we’re not helpless. We can push back when we feel our souls are being beaten into shapes that make us less than fully human. That’s the first step on the journey to humanocracy.

A Guide to Managing Your (Newly) Remote Workers