Written by Antonio Abrantes, Monday 09th December 2019
Back to all Posts 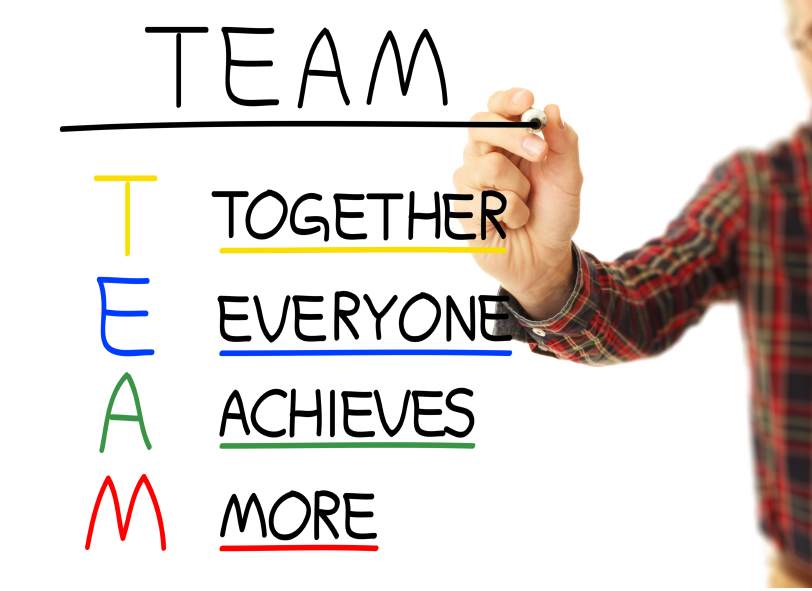 Most—if not all—of us have experienced the truth of this proverb, and faced the failure of our plans. No matter how good you are planning, fluid, changing, and unpredictable business environments will prevent your plans being fully implemented. So the question is whether we should continue planning, knowing that circumstances will render our plans unviable. Shouldn’t we just “go with the flow” and improvise our way into the future?

Maybe it isn’t a question of either/or, but rather a question of both/and. Modern organizations must be able to combine these two paradoxical elements, if they are to prevail in a business environment characterized by rapid and constant change.

SEARCHING FOR CREATIVE SOLUTIONS
Teams being the pillar organizational elements, it is through teams that organizations create the conditions for an adequate response to changing and unpredictable market dynamics. And they do so using an adaptation process that comprises adjusting relevant team processes as a reaction to the disruptions that require such adaptation. However, change is often so rapid, and the responses required so urgent, that teams have no time to plan before acting and are forced to plan and act simultaneously, i.e. improvise.

When confronted with a disruption that jeopardizes the initial plan, and time is scarce, teams may pursue several options: they may insist on sticking to the same plan, even knowing that the base assumptions have changed; they may try to develop a new plan before implementing it, wasting precious time in its elaboration; they may even freeze in the face of the collapse of organizational order; however, they can also improvise by using the tools available to develop a creative solution.

Improvisation can however have negative consequences if the agents of improvisation are inadequately prepared to handle such extreme scenarios. An extreme example of bad improvisation is the disastrous case of the fatal sinking of the Costa Concordia ship on the shores of Isola del Giglio, an island off the west coast of Italy. The captain ordered a “salute” to the island, which requires sailing near the coast. The manoeuvre resulted in the ship hitting a rock close to the island. The events that unfolded resulted in dramatic consequences. The case revealed that when team members are poorly equipped to improvise, they can move away from organizational values, or prioritize the satisfaction of personal needs over group goals.

The good news is that improvisation can be trained and teams can be prepared to improvise, increasing the likelihood of positive outcomes. Three elements can increase the quality of team improvised adaptation: an experimental culture, minimal structures, and transactive memory systems.

AN EXPERIMENTAL CULTURE
An experimental culture is one that promotes action, in which exploration and creativity are rewarded and mistakes are tolerated. For teams to improvise effectively, different skills and knowledge are required, which calls for each team member to contribute. As a consequence team members must feel that any potential errors will be regarded as sources of learning, and that their ideas will be supported and encouraged.

Organizations with closed, rigid, and non-experimental cultures will prevent team members from tackling disruptions by adapting team routines to the new situation. By contrast an experimental culture will provide the capabilities that allow team members to change priorities and plans in order to improvise solutions best suited to unexpected events. This requires organizations to embrace the “aesthetic of imperfection” by treating errors as opportunities, and not regarding imperfection as synonymous with failure. This is particularly the case in situations where circumstances have changed and previous plans are no longer fully viable.

A paradigmatic example of successful improvisation is the Apollo 13 lunar mission, in which, faced with failure of the life support system, the astronauts improvised an immediate repair of the system using materials found on the spacecraft. Another example is the successful development of an online messaging system by Tencent, a Chinese multinational specialized in various Internet-related services and products. Improvisational methods were prominent and effective in the development of the system. The product was known for its rapid adjustment to changing user demands, technologies, and competitor activity, and this was recognized as a major success factor.

MINIMAL STRUCTURES
Minimal structures comprise four key elements: invisible control mechanisms, clearly defined objectives, short-term milestones, and activity critical elements. Invisible control mechanisms ensure that creativity is not limited. For example, establishing a well-defined set of simple rules allows for more creativity, as all team members have a common precisely-understood basis for developing their performance. Clearly defined objectives ensure that while teams are in the midst of disruptive events they remain focused on organizational goals. By themselves these objectives do not define action, so leaving room for improvisation; however, they are strongly normative in relation to the outcomes of such action. Short-term milestones foster a sense of urgency and permit the control of actions taken as the situation unfolds. This will allow the detection of deviations from organizational objectives, allowing for timely correction of the course of action.

Also, the fact that these milestones can be planned in advance gives the team some sense of structure and stability within the rather chaotic development of the disruptive situation. Finally, activity-critical elements comprise those elements that are fundamental to the activity, without which the task cannot be performed. For improvisation to be effective, it is important that the number of critical elements is small so that the team can ensure that they are fully executed in a limited time. All members of the team must know what they are so they can rapidly coordinate the elements’ implementation while improvising a new solution.

TRANSACTIVE MEMORY SYSTEMS
Transactive memory systems refer to the knowledge about who knows what on a team. When teams are improvising, access to its members’ knowledge will leverage the team’s ability to recombine their previous experiences and develop new and effective responses. In addition, through having this knowledge, teams can increase their implicit coordination which means their members can anticipate each other’s actions and dynamically adjust their behavior without expressly communicating with each other.

When teams experience stressful situations, their members may experience high cognitive load. This means that they may find it difficult to process all the information available, preventing them from adequately reacting to the disruptions. By having a clear understanding of who knows what within the team, they are able to more effectively process new information as it arises and thus increase the likelihood of success in performing improvisation actions. For example, emergency response teams such as firefighters cannot exactly predict what expertise will be need in a particular situation. Therefore, the knowledge of all team members regarding the specific skills of all other members becomes critical to a positive outcome.

When time is abundant and uncertainty is low, planning meets the needs of the organization almost perfectly. However, as Prussian military leader Helmuth Graf von Moltke so eloquently stated in the late 1800s, “No plan survives contact with the enemy.” When time is scarce and uncertainty is high, good planning is not enough. Instead, “improvisation becomes an alternative or complementary orientation”.

However, for improvisation to work some conditions must be met: organizations must create an experimental culture in which errors are accepted as part of a learning process; teams must develop minimal structures based on invisible control mechanisms, clear objectives, short-term milestones, and a small number of activity-critical elements; and finally, team members must have a clear knowledge of who knows what within the team, so they can increase implicit coordination. Even if all these conditions are met, positive outcomes are not guaranteed when teams improvise. However, given the uncertainty of unanticipated disruptions and extreme time constraints, the chances of success dramatically increase.

How will your workplace change after COVID-19?